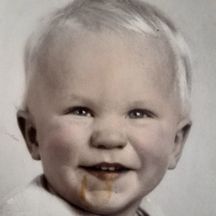 John Allair's musical career began at the vanguard of early Rock & Roll and Rhythm & Blues in the San Francisco Bay Area in the 1950s - eventually leading him to tour the world as a long-time member of Van Morrison's band.

He is also an in-demand piano tuner who has done work for Jonathan Cain of Journey, Jazz legend Tony Williams, and was credited on a Linda Ronstadt album as  ‘Piano Technician’.

Born and raised in Oakland, he used to pick up Fats Domino’s early records at the age of 12, and sat in with the local African American R&B and Jazz players, who taught him the basics. “A friend of mine, a black guy, Lonnie Leak, gave me lessons on the piano in 1952. I used to go to this spot in Oakland where I bought used 78 records they took off the jukeboxes. I went crazy for R&B! Nobody knew much about it back then in the early '50s. But I was well versed in R&B before it became Rock & Roll. I collected all of the records and played along with them.”

When John moved to Marin in 1955, he started playing sock hops. He has been credited with being one of the first Rock & Roll players in the Bay Area: “When I started playing rallies at Tamalpais and Drake High Schools, there were no bands around. All the guys were into sports, it wasn’t cool to be a musician.”

He was also one of the players who would jam at the gym in the black enclave, Marin City. “There would be five horn players, all playing different keys, They’d say "Here comes Johnny, Hey John, you know the new Fats Domino song?”’ I was definitely in on that – it was something of value.” In the early '60s, his first recording experience came with local vocal group, The Cals.

With drummer Pete Lind, who still plays with Allair, the piano man marked out the territory for himself. Anybody growing up in that time remembers him.

"My mom took me to his house to get some lessons," said Bill Champlin, the Grammy-winning songwriter who was at the helm of the Sons of Champlin, Marin's leading '60s rock group and later as a key member of Chicago. "It didn't work out, but it was like meeting Elton John or Stevie Wonder. I was in awe of the man. Still am. He's one of the few people who really understands what the organ's for -- not just a keyboard with a light touch." Allair remembers the young Champlin and his pal, future Sons guitarist Terry Haggerty, sneaking into the bowling alley where Allair was playing.

When Fats Domino had a big hit with the '20s pop song "Blueberry Hill," Allair began to lose interest in Rhythm and Blues, which he perceived as a dying art form. About the same time, he grew enamored with the music of jazz organist Jimmy Smith.

While in College at S.F. State, John discovered J.S. Bach, “Before that, I didn’t care about Classical, or Jazz - Fats Domino and Boogie Woogie, that’s all I wanted to play. I studied Bach starting in college, and have studied him ever since. It fills me out to learn about classical music.”

By 1967, he was accompanying Rock and Roller Bobby Freeman at San Francisco's Playboy Club. He once bested Freeman at a Fillmore District battle of the bands, before Mission High grad Freeman hit it big in 1958 with "Do You Wanna Dance?" and Allair got his first union job after high school, which involved traveling to Ukiah to back up Freeman for $18.

Two years later, he hooked up with a group called Pure Love and Pleasure. "They were young hippies," he said. "I was the old guy." They recorded an album of Mamas and Papas sound-alikes in Los Angeles.

Disappointed with the album's lack of success, he moved to New York and on his return started playing Marin clubs, including the Lion's Share and the Sleeping Lady Cafe, with drummer Steve Mitchell, as Allair and Mitchell. They were an often chaotic, wild-eyed improvisational duo. Van Morrison jammed with them one night and started using them as his backup band for local appearances.

For a brief period, Allair and Mitchell added guitarist Haggerty of the Sons of Champlin and bassist Phil Lesh from the Grateful Dead to become Toulouse Ta Truck, a short-lived aggregation that played local clubs for several months. "John Allair is a master of all styles," said Lesh, "and swings like mad, to boot."

When Morrison returned from Los Angeles, where he had lived briefly at the end of the '70s, Allair joined his band. "He has that hate/love thing with performing," said Allair. “He gets self-conscious, but he needs it. Has to get that adulation, even though he says he hates it. He likes to make records.” According to Allair, Morrison's modus operandi in the studio was to run down a new song on acoustic guitar and cut the band as soon as the musicians learned the changes. "Right off the top," said Allair, "the raw stuff - that's what he wants. He's pretty nonverbal. He wouldn't tell you what to play, but he'd tell you if he didn't like it."

John first appeared as Van's organ player on the Common One album, leading to a succession of Morrison titles, Beautiful Vision, Inarticulate Speech of The Heart, Live At The Grand Opera House Belfast, A Sense of Wonder, and later works like Too Long In Exile (with John Lee Hooker), Keep It Simple, and Three Chords and The Truth.

In 1985, Allair made his first solo album, with Morrison bandmate Mark Isham producing. While the album itself, Larkspur, never received widespread distribution, KSAN, then San Francisco's top rock radio station, played one track off the set as though it were a hit record, "High Place (in Your Mind)," which has a Fats Domino sound matched to an appropriately new-agey Marin County lyric.

But Morrison continues to turn up in Allair's life. He has completed 2 short tours with him in 2022, and in September participated in recordings for a new blues-based Morrison album, with appearances by Buddy Guy, Elvin Bishop and Taj Mahal. And Van recorded a new version of John's "High Place (In Your Mind)," with the two of them sharing vocals.

Allair's new album, Cleans House, took shape slowly. He wasn't convinced he wanted to make an album, but he went into the studio and threw down a couple of things.

He repeated the process several times until the better part of an album was done and songs started coming to him. The result showcases Allair's singing and playing with full rhythm and horn sections, a scintillating excursion into the realms of R&B, Jazz, and Classical keyboards, a guided tour by a master. He also recut "High Place (In Your Mind)."

When Allair settles into the syncopated groove on Fats Domino's "Little School Girl" or chops away at the traditional New Orleans grinder "Stack-O-Lee," the hand of a true master is evident. He does not try to fit into Cinderella's shoes. He can only follow his bliss. He couldn't even attempt other styles.

“I can't do it with any conviction," he said. "It would be worthless, worse than mediocre."

Thanks to Matt Allair and Joel Selvin